The small village life was nice — and now is missed — but it had to come to an end as we headed north to the city the Fab Four put on the map.

Actually, I gather a map maker put Liverpool on the map, but The Beatles helped our eyes shift up the coast to find it.

We got in around 1410. After dropping our bags and doing a quick batch o laundry in the sink, we merely had to cross the street from our hotel to find the Albert Dock area. 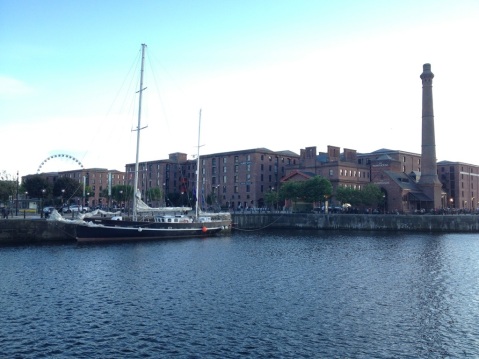 We wandered around a bit checking out the old brick buildings and large sail boats docked in. On the south end of the dock, we booked our tickets for the Magical Mystery Tour for tomorrow at the TI.

Now it was time to poke about The Beatles Story, a walk-through audio guide lead tour through the famous band’s 10 years of being on top of the music world.

The artifacts, audio and ambiance were great. A replica alley way, Cavern Club and even a walk through a yellow submarine were nice touches.

There were several artifacts, from suits to instruments and more. Rooms filled with photos, letters or large displays replicating album covers. 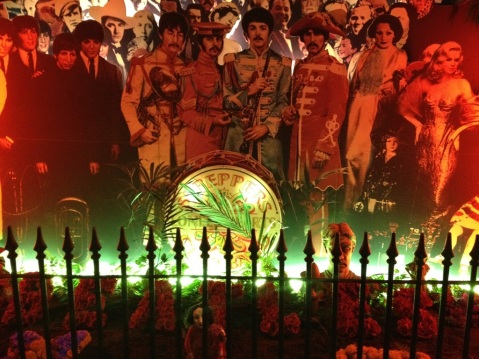 We left the Beatles Story and had a bite and some cold beers. We finished up the day with some photos of old buildings and the water front as the sun started making its way down toward the horizon.

I was lead to believe that Liverpool was something different than this. In fact, it’s quite beautiful and after a couple more Beatles attractions tomorrow, we plan to stumble about the city to see a few more things that look interesting and picturesque.